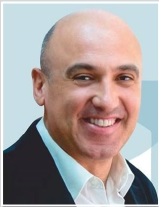 Ο Vasilios Gizas was born in 1973 and raised in Nafpaktos. He studied Law in the National Capodistrian University of Athens, from which he graduated in 1996, and completed his post-graduate studies (Master’s degree in Labour Law) in the 2nd sector of Private Law at the same University. He did his military service in the Hellenic Army. He has been working as a lawyer in Nafpaktos since 1999, is also registered as Supreme Court Lawyer, and has dealt with numerous legal cases, several of which involved Municipalities and Public Entities. Moreover, he is fluent in English and German. He is married to Eugenia Grentzelou, a literature teacher, with whom he has two children.

He was elected Mayor of Nafpaktia in the 2019 municipal elections.